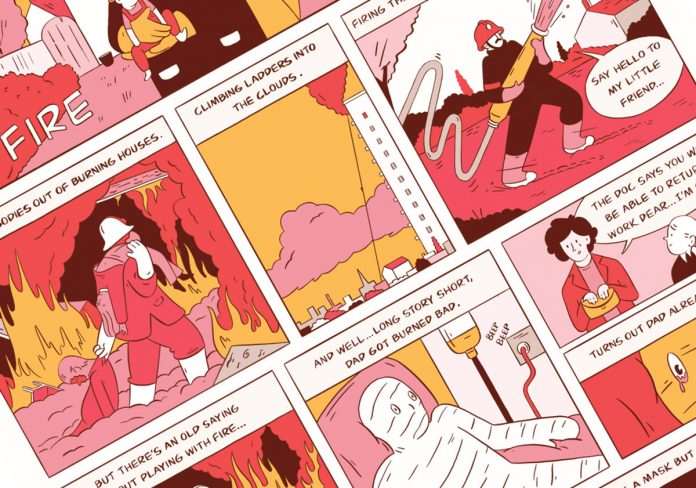 Jersey-born illustrator Tom Dearie has just picked up the coveted ‘Grand Prix’ award at the 31st International Comic Competition (Komiksus) in Poland for his comic ‘F is for Fire’.

It’s only the second time in the competition’s history that the top prize has been awarded to a foreigner, although Tom has been living in Poland for the past year. The story itself is the heartwarming tale of a heroic firefighting father who is injured in service told from the perspective of his son and is well worth a read, which you can do by visiting Tom’s website (link below).

The awards ceremony was held remotely due to social distancing measures currently in place, but Tom hopes to go to Łódź next year for the festival so that they can congratulate him in person.

There’s a link to Tom’s acceptance speech below, but for those who don’t speak Polish (Tom included – he openly admits that his Polish is ‘rubbish’ despite his best efforts over the past twelve months during his acceptance speech) here’s what the host had to say:

‘Now the Grand Prix of the 31st international comic competition and 7,000 złotys (cash prize) goes too…
I’ll just add that it’s the second time when this award goes to a foreigner and that’s Tom Dearie who did ‘F is for Fire’. Congratulations Tom!
We’re very happy that our competition gets more and more international. More and more people from Europe send their work and we can see here that they get even the highest awards. Here is a short talk with Tom.’

To read Tom’s ‘F is for Fire’ comic visit:

To view Tom’s acceptance speech from the awards ceremony click the link below: 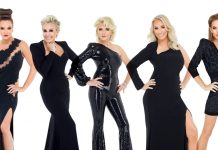 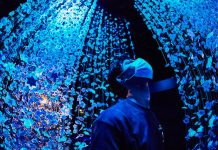 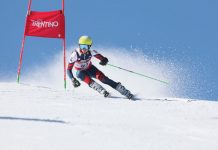 Sportsperson of the Month: Alex Ogden