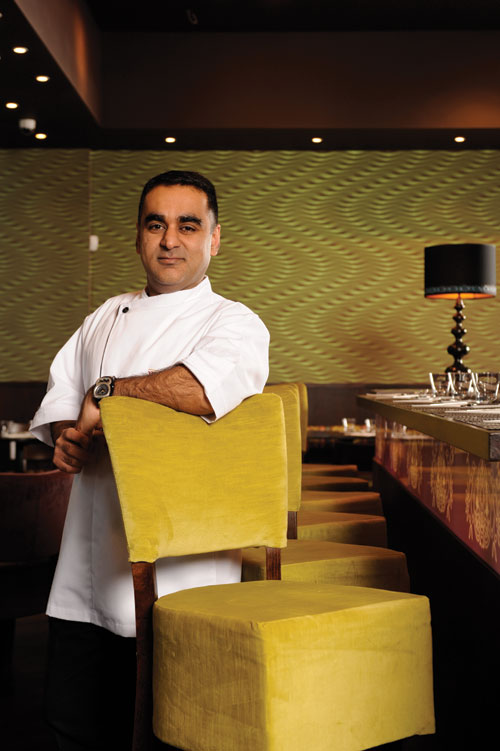 If you thought Indian cooking was all a post-pub bajis and baltis, washed down with plenty of pints, then think again.  Global chef,  Vineet Bhatia is blazing a trail to establish Indian cuisine up there with the best in the world.  It?s paying off.  He was the first ever Indian chef awarded a Michelin star by those fastidious French.

Vineet owns the heavenly civilised Rasoi Restaurant in Chelsea, where he got his second star.  He founded Urban Turban, a funky Notting Hill eatery that delivers delicious delicacies, based on street food from Bombay, spiced up with a cool mix of Bollywood.   He has other Rasoi Restaurants in Mauritius and Geneva and has opened up in Dubai and Moscow, Saudi and Leeds faster than you can say Gordon Ramsay.  Now Vineet is having talks with local businesses about opening a restaurant here, which would be quite a coup for Castle Quay.

On a recent visit to Jersey,  Vineet was excited by the wealth and quality of local produce from the lobster to the asparagus, herbs, peppers and chilis.  Everything he needs to adapt his signature dish of half a lobster roasted in ginger, and dusted with a cloud of curry, spices and cocoa powder.  Exotic wonders described foodie Karma Sutra.  So if you are looking to broaden your culinary horizons of the
sub-continent, watch this space.