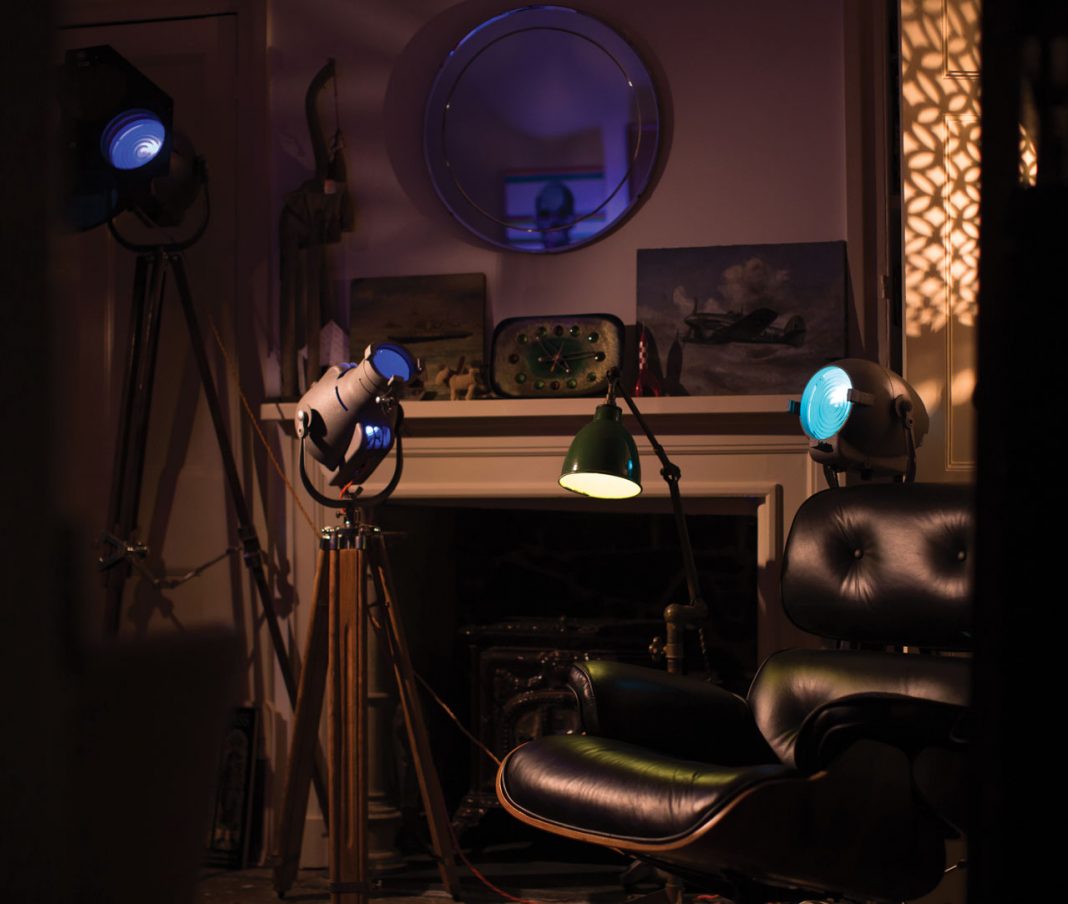 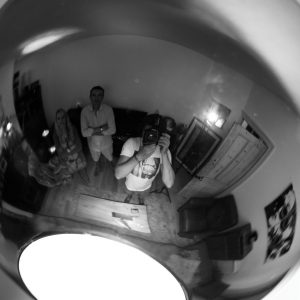 From the outside, this old state house looks just like any other, yet on entering the property, an industrial chic façade quickly makes itself known.

Even the hanging artwork reflects an eclectic theme, whilst the lamps dotted about the dining room are beautiful reminders of the precarious line between nature and industry. All of this comes naturally to Julian Thébault – a man intent on giving every object a second chance. ‘All items are recyclable he claims. One person’s Junk is another’s treasure.’

An ongoing project, Thébault’s house boasts a series of irregular shaped rooms, all of which tell a story. From the garden shed, home to a gigantic hanging spider constructed from an old motorbike tyre, to the yard decking reclaimed from the pontoons at the local harbour, combinations of rootedness and irregularity are prevalent throughout this architectural gem. No two surfaces are the same and unlike those that prefer a minimalistic approach, each and every crevice is jam packed with curious trinkets, books and jewels. Objects, paintings and furnishings are all locally sourced, after all, why buy elsewhere when you can find a multitude of knickknacks on your front doorstep? To illustrate this, Julian shows me something that he purchased only a few hours before we met – a glass jar encasing a genuine floral display, which he tells me, he only paid one pound for.

You’ve probably established that this is not your average dynasty; it’s a town house with an industrial heart. It’s also Thébault’s sixth renovation project to date. Inspired by Julian’s love for all unwanted objects – this establishment is jam packed with 70’s style furniture, aboriginal art, manikin hands peeping through the walls and colour-changing lamps. From picking up the pigments in paints to lasers that sit pointedly at the end of the kitchen, casting dancing shadows across the worktops, ceiling and floor – the lamps are possibly the most astounding feature.

Those that helped put this space together knew from the beginning that Thébault would be an unusual client – the salvaged kitchen walls appear in the same fashion as that of the workstations and cabinets, whilst the blinds boast a gathering of several colourful bands, all of which were painstakingly put together one by one.

Many will think that this project took months upon months to complete, however, this is far from the case. When Julian first arrived, it’s fair to say the entire gutting process was a drastic one to say the least – rotting floorboards complemented the woodchip wallpaper, which ultimately resulted in a few of the plaster walls caving in. Despite these initial setbacks, a year later and it’s now a treasure chest of interesting finds. Julian feels there isn’t enough colour in the lives of people today, yet it’s something that’s so simple to achieve, and adding extraordinary objects to a simple space can completely change the look and feel of a place.

Decorating with thrift store finds appears to be a popular theme at present, and Julian, a budding collectomaniac who believes imperfections give each piece a sense of character and distinction, also believes in sustainability. He leans less on the advent of effectual technologies and more on the long-lived history of product re-use. Every interior comfort has been rescued – Thébault takes great pride in finding unwanted objects a home – combining random items and pairing pieces together that

most wouldn’t dream of uniting. Such as an old piece of driftwood (haggled for in a charity shop) and a 19th century factory light, several clock faces from several eras and a seventies style psychedelic chair.

It’s amazing how much we accumulate in our lives and by being frivolous; creating a quirky, modern-day home doesn’t have to cost the earth. So the next time you’re about to throw away an old seat, chair, light or table, consider giving it a new lease of life. Otherwise, hand it over to Julian and I’m sure he’ll find a creative use for it.

The Foundry, Julian Thébault’s next brain child will be going live in the very near future, an online platform in which you can purchase a number of his extraordinary creations. He’ll even let you try before you buy!