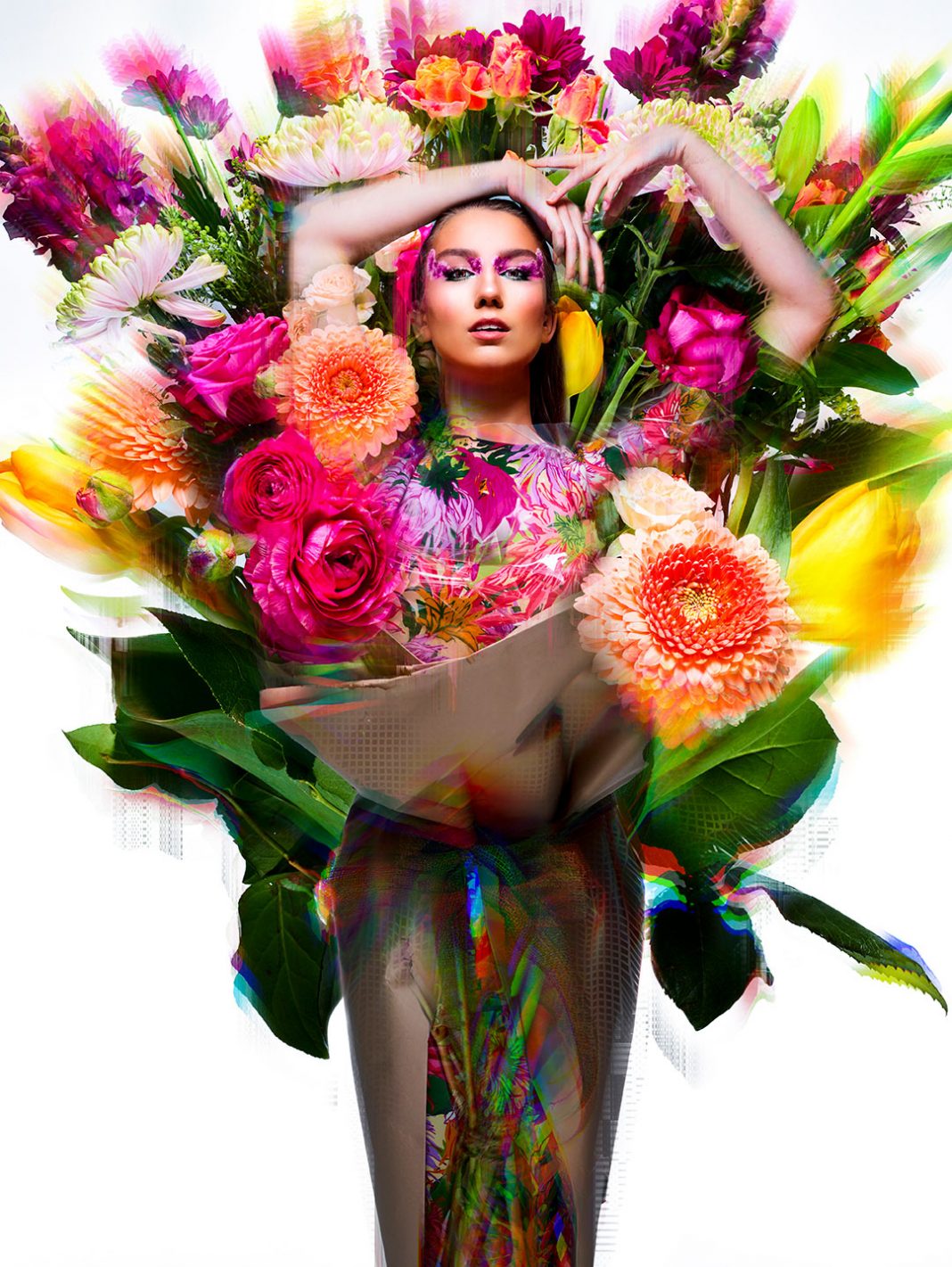 It’s been almost thirty years since the album Nevermind, the album that features the Nirvana song In Bloom. If you’re watching Pam and Tommy (the story of ‘that’ home movie) on Disney, it’s referenced as spearheading the grunge music scene that took down the 80s heavy metal that Mötley Crüe defined.

If you’re watching Bridgerton, you may have noticed a remix of Nirvana’s ‘Stay Away’, a track from from the same album, featuring on the trailer. Yep, Nevermind is an iconic piece of music history. It might be all around me, all the time and I’m just noticing it as ‘In Bloom’ as been running around my subconscious all month due to our chosen theme of ‘Bloom’. If you’re under 30 and unfamiliar with it, check the album out. If you’re over 40, it’s just scary how old it is….

‘Bloom’ is certainly a theme that’s been embraced by Danny for our cover and fashion shoot this month, literally wrapping his model up as a bouquet. Our fashion contributor Kasia Guzik’s partnership with Oliver Doran also saw them experiment with flying flowers as they present a florally-inspired pick of the season’s fashion.

Elsewhere in this edition, we’re big on culture as we meet a bunch (tenuous theme link) of local artists working with words, paint, and bronze to create unique art to be featured in exhibitions this month. We also rundown upcoming open gardens in which you can get a floral fix and a cream tea.

Once again, we get an opportunity to learn about a selection of aspiring young professionals whose careers are set to bloom in our regular Gradu8 careers feature. Sticking with careers, we also meet three women who are pursuing far-from-flowery pursuits, flying in the face of stereotypes as they excel in the world of construction. That’s an industry that’s booming rather than blooming; if only we could get that pesky little hospital built.