Guy plant took home first place at in the ASCC handicap race for pre-war cars at Silverstone last weekend in his 1936 Alvis. Not bad for a novice.  When Guy Plante brought his 1936 Alvis Speed 25 Special he wasn’t even looking to buy a vintage race car, let alone race one. For years he had been happily zipping up the hills climbs in Jersey in his trusty little red Daimler Dart and having a great time. But, as Guy sees it, some things are meant to be. The Alvis deserved to race. And, it seemed, he was the man for the job.

The Alvis first came to Jersey in 2006 with Roy Spiers, for a weekend of hill climb racing. Guy was introduced to Roy who, racing this great big 1936 Alvis, blew all the competition away, including Guy who had the home turf advantage. Guy knew Mount Bingham and Westmount like the back of his hand, but 81 year old Roy was leaving him in his dust, a fearless driver. After a weekend of racing Roy, a larger than life character, had certainly made his mark on Guy. The two got on famously and made plans to meet up again soon.

A few years later Guy was in the UK on a business trip and came across an obituary article in the Vintage Sports Car Club magazine. Roy had passed away on Guy’s birthday, aged 84, just 3 months after his last race. With a couple of hours to waste before Guy got back on the ferry, he decided go for a drive around Sandbanks. He knew this was home ground for Roy, so he went exploring. It was ‘chucking it down’ with rain and as he pulled up outside a local garage a man approached him, admiring the vintage E-type Jaguar that Guy was driving. He invited him inside to have a look at the small collection of vintage cars they had on display.

As they got chatting, Guy casually asked if he happened to know Roy Spiers. “Know Roy? Everyone knew Roy around here, he used to own this garage with me and these are some of his cars we’ve got for sale” . Looking around the room Guy was slightly disappointed, he hadn’t seen the beautiful Alvis he’d admired so much racing against Roy in Jersey. ” You don’t have the old Alvis here? I’d love to see that car again” Guy asked. ” Sadly the Alvis isn’t here, its a bit too bespoke for this garage. His family still have it and as you knew Roy I will pass on your contact details to his son”. Guy returned home to Jersey but, before he knew it, was on a plane over to England with his mechanic / wingman Alan Raulte (Raulty) in tow.

Roy’s family had a few conditions on selling the car, firstly that it was not to go abroad, they wanted it to stay in the UK, and it was to be raced rather than be a museum piece. Also, if possible, they wanted it to be sold to someone their dad knew. Guy fitted the criteria, except he didn’t even have a license to race in the UK, but by this stage it was too late. The Alvis had a place in his heart.

Previously Guy had won some sprints in Jersey, but knowing the Alvis was a track car and deserved better racing than Jersey could honour it, he sat his racing license, and entered his first race at Silverstone in 2011. The car had a lot of potential, gingerly claiming some respectable lap times , but it broke down and the clutch went. Guy quickly learnt that the vintage racing community had great community spirit but they certainly weren’t going to give him any breaks on the track. His racing category, VSCC Handicap race for pre-war cars, meant that the fleet was filled with Maserati, Ferrari, Bugatti, Riley’s, Frazer Nash’s, Delahaye’s, GN Parker, Aston Martin, Bentley and Lagonda. Most of which are worth seven figures or more. This requires a certain amount of track etiquette, with a mutual respect for the time, effort and money the drivers have all put into being there, but it definitely doesn’t diminish the level of competition. They race in period, with a driving style true to how they would have raced back in the day; no seat belts and no roll cages. However, gone are the days of sheepskin and goggles, flame retardant racing suits and helmets are required.

Theres not many race car drivers these days that will race without a seatbelt and roll cage. The idea is you get thrown out of the vehicle rather than trapped inside. As Guys says “You’ve got to have your wits about you. It is unnerving. You have to be aware of whats going on around you. Although you’re not going at Formula One speeds, my average driving speed last weekend was 73 miles an hour and in some places you’re travelling at over 100 miles an hour. 100 miles an hour in a 1936 car with no protection can be a little unnerving.  The vehicle safety requirements are so stringent that it isn’t often equipment failure which causes accident, its mainly driver error, so you want to keep your wits about you.”

Guy was quick to pick up the vintage style of racing. He’d always had a penchant for English sports cars, particularly from the 30’s, 40’s and 50’s. An inspirational trip to the Monaco historic grand prix two years ago helped and a more successful season followed in 2012, with a win at Cadwell Park, a win at Mallory park and a win at Pembrey.  The season didn’t go all to plan though, a small crash in Angouleme, France, gave him a bit of a fright, a sore shoulder and a dent in the Alvis; ” it was nerve racking – all of a sudden facing the wrong way, with all the cars you’d just overtaken zooming past you.”

Last weekends racing at Silverstone has been the highlight so far. The practise laps on the first day decide the starting handicap and Guy started 3/4 of the way down the grid, a whole 60 seconds behind the first flag, meaning he had to overtake 30 cars in front to take the lead whilst protecting his position from behind. Guy recorded the fastest lap time of the race with a personal record of 1 minute 18 seconds and took first place!  On a roll, Guy also entered the All Comer Scratch Race, had a blinder of a race and took home second to a V12 Lamont Lagonda.

Silverstone is the first race in a series of races this season in the UK and so for now the Alvis sits in a garage in England in between races, but after the summer Guy will bring it back to Jersey and take it to race at Angouleme – this time hopefully with a better result. Everybody needs a good wingman, and Guys mechanic ‘Raulty’ will be there beside him “he has so much energy and enthusiasm for the sport, he is the first one to encourage you to go faster when he thinks your going too slow – or to slow down when your going too fast!

Guy’s ambition, having seen Monaco, is to one day take part in their historic grand prix but the Alvis doesn’t qualify because it wasn’t originally raced there. To take part Guy would have to convince an owner of a qualifying car that he is the driver for them, a goal he could be well on his way to achieving with his recent track record. It’s the camaraderie within the racing community that keeps Guy going back. That and the thrill of it all.

He has no plans to ever sell the Alvis. It’s won a place in his heart, and he is winning podium places in it. 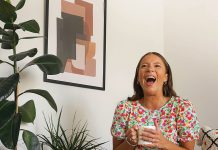 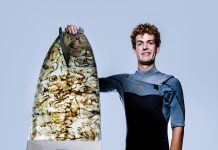 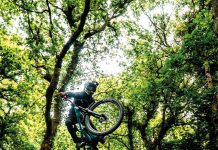